A TRIBUTE TO BOB DYLAN, NOT A BOB DYLAN TRIBUTE BAND

Simply Dylan is as straightforward as the title suggests: no frills, no gimmicks and no pretense. Led by front man John O’Connell, the band delivers a tribute to Bob Dylan celebrating the rich and diverse work of the award-winning artist. It is their interpretations, precise playing and high energy renditions of some of Dylan’s back catalogue that has caught the attention of many Bobcats.

What started as a modest project in 2011, recognizing Dylan’s 70th Birthday, the success of the band has been nothing short of remarkable from selling out the Cavern Club 6 times, to receiving fantastic reviews from audiences across the UK, to opening up the Isle of Wight Festival on the Big Top Stage.

Ten years on, 2021 will see the band celebrate Bob Dylan’s 80th Birthday, touring the UK and once again honoring one of the world’s most prodigious songwriters. 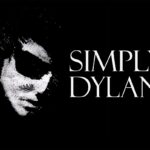 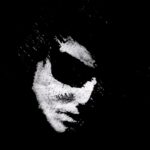