“I love it. They got the spirit right. One of the best interpretations of my guitar solo I’ve ever heard” – Dave Davies / The Kinks.

All Day And All Of The Night

The Absolute Kinks Playing a set packed full of Kinks classics including Sunny Afternoon, All Day and All of the Night, You Really Got Me, Dedicated Follower Of Fashion and Lola, our 1960’s era Kinks tribute will transport any audience back to the swinging sixties, creating the ultimate Carnabetian feel good factor.

The concept and vision of Quadrophenia Night was not to jump headfirst into the Mod scene, but to bring in folks who are not necessarily mods or rude boys but just dig the film and the music. Off course this appeals to Mods, Rude boys, Soulites and people that like 60’s music and that’s what we want but we are not pretending to be anything other than a good night out for like-minded people who dig the coolness, music, clothes etc of this Iconic film.

I know what this film means to people just like i know what The Specials means to people. I just want to put all this connected section of good folk in the same room and give them a Quadrophenia experience.

The Tribute to Quadrophenia at Donkey Bar in Leicester was the brain child of Drew Stansall, the sax player with The Specials & The Paradigms, with the idea to project the movie onto a big screen whilst local band The Atlantics played all the hits from the film and what a night it turned out. The date was June 15th, the night England beat Sweden, so the crowd were in fine fettle as the DJ (Drew) plays a great selection of warm up tunes.

By now the sell-out crowd of Mods, Rudies, Skins, Scooterists et al were at fever pitch as The Atlantics & Drew took to the stage and blasted into The Real Me and from then on in the Donkey didn’t stop bouncing. Next up was Night Train with a funky sax solo that the Godfather of Soul would have praised follow by a crowd sing-a long of The Crystals Da Doo Ron Ron. All the soundtrack favourites followed, from Louie Louie to Be My Baby as well as playing a few extra classics such as Itchycoo Park and Start. Encore time and Drew is back on stage for Green Onions, it’s hot, it’s sweaty and it’s fantastic and then to close, an awesome version of My Generation.

The night doesn’t finish there as tonight’s master of ceremonies hits the decks again, filling the floor with classic tunes that are irresistible to dance to. By 1.30pm it’s taxi time for me and ends one of the best nights out I’ve had in ages. 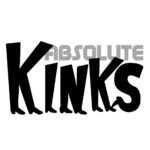 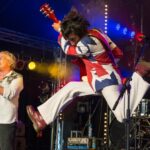