Passion and the Veins

As regulars on the Stoke Northern Soul All Nighter scene, footage of them dancing was posted on social media and soon went viral, and they capitalised on the interest and set up their own YouTube Channel and have been posting regular videos dancing to northern soul in outdoor locations across the UK racking up over 708,000 views in the last year alone

In 2018 the girls put together Passion and The Veins, a 7-piece band of semi pro musicians, born and bred in Northern Soul heartlands of Stoke-on-Trent.

PATV put their own unique stamp on Northern Soul (NU-Northern) with the aim of introducing this cult music movement to a new generation.

The band have headlined shows at F1 Silverstone, Castle Donnington and have already have several sold out shows under their belt along with appearances at various festivals

This year Passion & The Veins have teamed up with producer Shaun Lowe (The Drifters) to curate the perfect 90-minute set that honours the heritage of Northern Soul, whilst enabling them to add their own authentic sound and distinct style

Finding an act like Passion and the Veins is so rare, that we simply had to bring them here They put their own twist on a genre that runs deep in the veins of our city, Northern Soul. 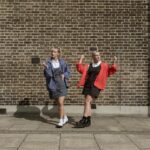 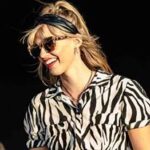 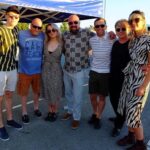 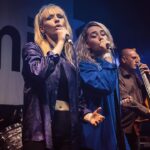