From The Man Himself

Clint Boon, is the Inspiral Carpets’ keyboard player/vocalist/songwriter who’s more recently recognised through his work as a radio presenter on XFM Manchester, where he’s been since its launch in 2006. Clint has presented well over 2000 shows for the station. He currently presents Xfm Manchester’s hugely successful drive time show five days a week.

Believe it or not, 2015 marks Clint’s 40th year as a DJ. He set up a mobile disco business in 1975 at the age of 15. He’s pretty much DJ’d ever since. For the last 20 years, Clint has carved out a successful career as one of the UK’s most sought after club DJs. His weekly Saturday night at Manchester’s South Nightclub is now in its fifteenth year, the longest running weekly club night residency in the city. He also DJs around the UK and internationally.

Since 1985, Clint’s work with the Inspirals has taken him around the world several times and resulted in many hit singles and five highly acclaimed studio albums. The band are seen as one of the definitive ‘Madchester’ bands alongside Happy Mondays, James and The Stone Roses. Inspiral Carpets are still very active on the live music scene having played recently not only in the UK but in Argentina, Spain, Greece and Italy.

Clint has been instrumental in helping some of our most important bands achieve their success. He recorded Elbow’s first ever demo in his loft studio. He helped Gary Mounfield (Mani) become The Stone Roses bass player. He took Noel Gallagher around the world as his roadie and introduced him to the music industry.

Clint also dabbles in the world of acting. He played a small role opposite Steve Coogan in the film ‘24 Hour Party People’ and has been involved in several other independent short film projects. He spends a lot of time visiting schools and colleges talking about his career and is constantly involved in fundraising for various charities. 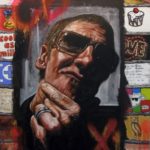 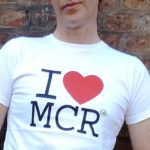